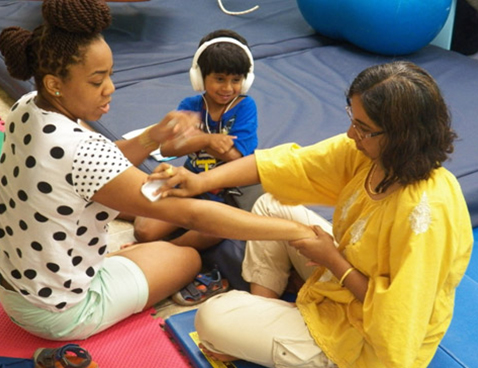 Behavior analysis is a scientifically validated approach to understanding behavior and how it is affected by the environment. In this context, â€œbehaviorâ€ refers to actions and skills. â€œEnvironmentâ€ includes any influence â€“ physical or social â€“ that might change or be changed by oneâ€™s behavior. On a practical level, the principles and methods of behavior analysis have helped many different kinds of learners acquire many different skills â€“ from healthier lifestyles to the mastery of a new language. Since the 1960s, therapists have been applying behavior analysis to help children with autism and related developmental disorders.

What is Applied Behavior Analysis?

Behavior analysis focuses on the principles that explain how learning takes place. Positive reinforcement is one such principle. When a behavior is followed by some sort of reward, the behavior is more likely to be repeated. Through decades of research, the field of behavior analysis has developed many techniques for increasing useful behaviors and reducing those that may cause harm or interfere with learning.
Applied behavior analysis (ABA) is the use of these techniques and principles to bring about meaningful and positive change in behavior.

As mentioned, behavior analysts began working with young children with autism and related disorders in the 1960s. Early techniques often involved adults directing most of the instruction. Some allowed the child to take the lead. Since that time, a wide variety of ABA techniques have been developed for building useful skills in learners with autism â€“ from toddlers through adulthood.

These techniques can be used in structured situations such as a classroom lesson as well as in â€œeverydayâ€ situations such as family dinnertime or the neighborhood playground. Some ABA therapy sessions involve one-on-one interaction between the behavior analyst and the participant. Group instruction can likewise prove useful.

How Does ABA Benefit Those with Autism?

Today, ABA is widely recognized as a safe and effective treatment for autism. It has been endorsed by a number of state and federal agencies, including the U.S. Surgeon General and the New York State Department of Health. Over the last decade, the nation has seen a particularly dramatic increase in the use of ABA to help persons with autism live happy and productive lives. In particular, ABA principles and techniques can foster basic skills such as looking, listening and imitating, as well as complex skills such as reading, conversing and understanding another personâ€™s perspective.